Sara Rodriquez November 20, 2021 PSP Comments Off on Samajwadi Party’s alliance with Shivpal is unlikely to be announced on Mulayam Singh Yadav’s birthday 40 Views 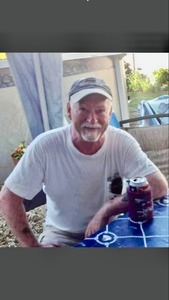 The Samajwadi party will only focus on Mulayam Singh Yadav’s birthday, rather than alliance memberships or announcements, according to people aware of the issue.

Contrary to speculation, an alliance between the Samajwadi Party (SP) led by Akhilesh Yadav and the Pragatisheel Samajwadi Party-Lohia (PSP-L) of his politically distant uncle Shivpal Yadav might not be announced on the birthday of the founder of the SP, Mulayam Singh Yadav, Monday, November 22. ).

The Samajwadi party will only focus on Mulayam Singh’s birthday, rather than alliance memberships or announcements, people familiar with the issue said.

“On the instructions of National President Akhilesh Yadav, the party will celebrate the birthday of former defense minister Mulayam Singh Yadav in all districts on November 22. struggles and his commitment to socialist ideology,” Chaudhary said.

Regarding the likelihood of an announcement about the alliance between the SP and PSP-L on Monday, Chaudhary said party leader Samajwadi never mentioned a date and called it speculation.

On November 3, Akhilesh Yadav declared his intention to try to forge an alliance with the PSP-L. He made this politically significant comment in his ancestral village Saifai (Etawah) before the legislative elections of 2022.

“… The SP will strive to ally with the regional parties. Uncle (Shivpal) also has a party. Of course, we will also try to forge an alliance with the uncle’s party. We will give him all the respect. Will do everything possible to take him with him in the elections, ”he said.

Asked about the merger of the PSP-L with the SP, Akhilesh Yadav replied: “Alliance, not fusion”.

Thank you for subscribing to our Daily News Capsule newsletter.